IELTS Cue Card: Describe a photograph you like in your room

What are the advantages and disadvantages of taking a photo with a phone?

Do you think photographers are artists?

What are the benefits of children learning how to paint?

Can anyone become a famous artist through hard work?

I’ve very much been the kind of person to prefer to have all my photos stored on my phone and in the cloud. I’ve had far too many prints in the past end up damaged or lost and feel that if I’m going to take a photo, I’m going to want to keep it for as long as possible.
However, I have so many photos on my phone that it’s sometimes hard to remember all the ones I have, and somewhat difficult for me to quickly find the ones that matter to me the most.
Not long ago I moved to a new country and left behind all my friends. Although I was really excited about moving to a new place, I was naturally quite sad about saying goodbye to people who’d meant the world to me.
Before I left, my friends organized a huge farewell party in my apartment. Almost everybody that could attend came, and I was blown away by how much people cared.
Right before the house party ended, we took one last group photo. Everyone looked really happy and like they were having a good time, and there was me in the center smiling from ear to ear.
A month after I’d moved into my new apartment I was looking through my photos and came across this one from my leaving party. It made me smile yet again, and I decided that I was going to have it printed and framed so I could look at it with nothing more than a passing glance. I wanted to be reminded of that place I called home for so many years, and this was the perfect way to do it.
My bedroom isn’t really very big and there isn’t a lot of space to hang photos on the walls, but there was a free space, just large enough on one of my shelves for me to put this photo, which is where it sits to this day.

End up (phrasal verb – سر از جایی در آوردن)If you end up somewhere, you go somewhere unexpected or unplanned. If you end up in a situation, it means something happened to you that you didn’t expect.

Example A: I ended up in Rome for one more night because the flight was cancelled.

Example B: I ended up choosing to study computer science.

Example C: The cake ended up in the trash because it was bad.

Example D: She didn’t want to end up like her father, so she moved to Paris.

Example E: The restaurant was too busy so we ended up going to a different one.

Meant the world to me (idiom – ارزش زیادی داشتن)A phrase that’s used to emphasize that someone or something is very important to you.

Example: My cat means the world to me — I’m absolutely obsessed with them.

Farewell party (noun – مهمانی خداحافظی)A party that is held because someone is leaving a job, a city, etc.

Example: Almost all of her friends and family came to the party to say goodbye.

Example: I’m blown away by how good the movie was.

Example: Chris was smiling ear to ear when his bosses praised him during the ceremony.

Come across (phrasal verb – چیزی را تصادفی پیدا کردن)Something that you come across is something you find by chance. It can also also mean that you behave in a particular way that makes people believe you have a certain characteristic.

Example A: I came across a word I’d never seen before.Example B: He comes across really well on TV.

What are the advantages and disadvantages of taking a photo with a phone?

There are definitely more pros than cons in my opinion.
One of the key advantages is that phones are small, light, and extremely portable. Most people are carrying their phone with them at all times, and therefore they’ve always got a camera with them. They don’t need to think much before taking a photo — just get it out and take the photo.
In the past, people would have to deal with film, both loading it into the camera and getting the photos developed at a professional studio. Nowadays this is a non-issue, and film cameras are exceedingly rare; they’ve become almost a collector’s item. This is a strong benefit to using a phone to take photos.
I think one of the major disadvantages is quality. Although the lenses and cameras have come a long way in recent years, they’re not as good as a professional grade camera. It’s rare for a camera on a phone to outperform a traditional camera, but sometimes it happens.

Example A: They thought for hours about the pros and cons of starting their own business.

Example B: He weighed up the pros and cons of studying abroad.

Key (adjective – کلیدی و مهم)Something that’s key is very important and has a lot of influence on other people or things.

Example: She was a key figure in the art world.

Portable (adjective -قابل حمل)Something that is easy to carry or move, and can be used in different places.

At all times (idiom – همیشه)This idiom is a phrase that means always or constantly.

Example: Grandma is pretty unsteady on her feet, so please stay with her at all times.

Develop (verb – عکس ظاهر کردن)If you develop a photo you take a film from an analog camera and treat it with chemicals to produce the photo.

Example: We developed the photos from my parents’ wedding day.

Non-issue (noun – نه چندان مهم)A subject that’s a non-issue is one that isn’t very important. Maybe it used to be important in the past, but it no longer is.

Example: Whether a candidate is a man or a woman should be a non-issue nowadays.

Example: Someone of the children have done exceedingly well.

Come a long way (idiom – پیشرفت زیادی کرده)If something has come a long way, it has improved a lot, or a lot of progress has been made.

Example: Computers have come a long way since the huge mainframes of the 1950s.

Professional grade (noun – کالای حرفه ای و تخصصی)The term is a marketing term to separate a product from a consumer grade product. It’s intended to communicate that it will perform better and have more features.

Outperform (verb – بهتر از بقیه عمل کردن)To do something better than something else or someone else.

Example: Technology stocks are outperforming the rest of the market.

Do you think photographers are artists?

Sure, of course I do!
Photography has long been regarded as a form of art, and even photographers that use their camera on their phone can definitely be regarded as artists.
In my opinion, photographers don’t need as much skill as a painter, although to compose a good shot would require a lot of practice and training. Understanding what makes a good photo is a skill in itself, and a lot of people take classes in photography to sharpen their skills even further.
Like painters, the skill of a photographer doesn’t determine whether they should be considered an artist or not. There are some painters that are pretty poor at their craft, but few wouldn’t consider them to be a real artist. Similarly, I believe that everyone who takes a photograph is an artist in some way. Perhaps the photo isn’t very good, but that doesn’t necessarily mean it isn’t art.

Example: He did a lot of research online about different ways to compose a photo.

Example: Some of the medicines were out of date, which was in itself dangerous.

Example: The program will give young athletes the chance to sharpen their skills.

What are the benefits of children learning how to paint?

I think all skills are beneficial in some way. Very few children aspire to be professional painters, but it can be fun nonetheless.
Painting and drawing can help a child learn hand-eye coordination, which is an important skill for them to learn as early as possible.
Painting can be a really fun activity for kids too. Most kids find painting relaxing and really enjoyable. It can also be a way for parents to spend quality time with their kid.
I think another benefit is it can help a child express their emotions and creativity. Through the use of different colors, they can express themselves without using words.

Aspire (verb – آروزی رسیدن به چیزی داشتن)If you want to achieve something or be successful, especially in your career, you’re said to have aspirations.

Example: A number of film students aspire to make documentaries.

Hand-eye coordination (noun – هماهنگی دست با چشم)The ability to do things that involve your hands and eyes working together, for example, when catching a ball, or drawing a picture.

Example: He improved his hand-eye coordination through a lot of diligent practice.

Quality time (noun – وقتی که با کسی میگذارنی و به او توجه کامل میکنی)This is time you spend with someone, giving them your full attention because you value the relationship.

Example: He spends quality time with his children every day.

Can anyone become a famous artist through hard work?

I’d say yes. Becoming well known for one’s art is definitely possible but would be an uphill battle.
There are very few artists that are household names today, and they’re usually the classical painters and artists. There are a few contemporary artists that people tend to know about, but they are few and far between.
I do believe that most things in life are possible through hard work. A little bit of luck is always helpful, but it’s the effort that pays off.
It may be easier than ever, with social media and the internet to become well known. With an effective online marketing strategy, combined with real world efforts most people can become well known.
I think it’s something that would snowball though. Once someone has a little bit of recognition, it would be easier to get more and more faster and faster.

Uphill battle (idiom – کار پرچالش)If a task that is very daunting from the beginning and continues to be challenging, it is said to be an uphill battle.

Example: I’m terrible at math so I have a real uphill battle ahead of me if I want to improve my grade.

Household name (noun – نام آشنا)A person or thing that is very well known by most people.

Example: The most famous movie stars from the 1980s are still household names today.

Contemporary (adjective – معاصر)Something that is existing or happening now, something that’s modern.

Example: People like contemporary movies more than ones from a hundred years ago.

Few and far between (idiom – به ندرت)Something that doesn’t happen very often or doesn’t exist in many places.

Example: Opportunities for promotions are few and far between.

Pays off (phrasal verb – به سرانجام رسیدن)If something you do pays off, it is successful and brings you some benefit.

Example: All his hard work paid off in the end because he finally got that promotion.

Example: Finding information quickly is easier than ever because of the internet.

Example: I suggested a few drinks after work, and the whole thing snowballed into an office party. 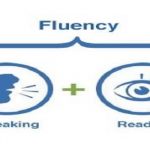 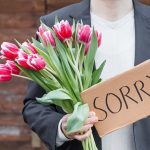 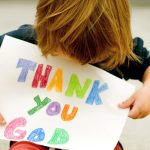