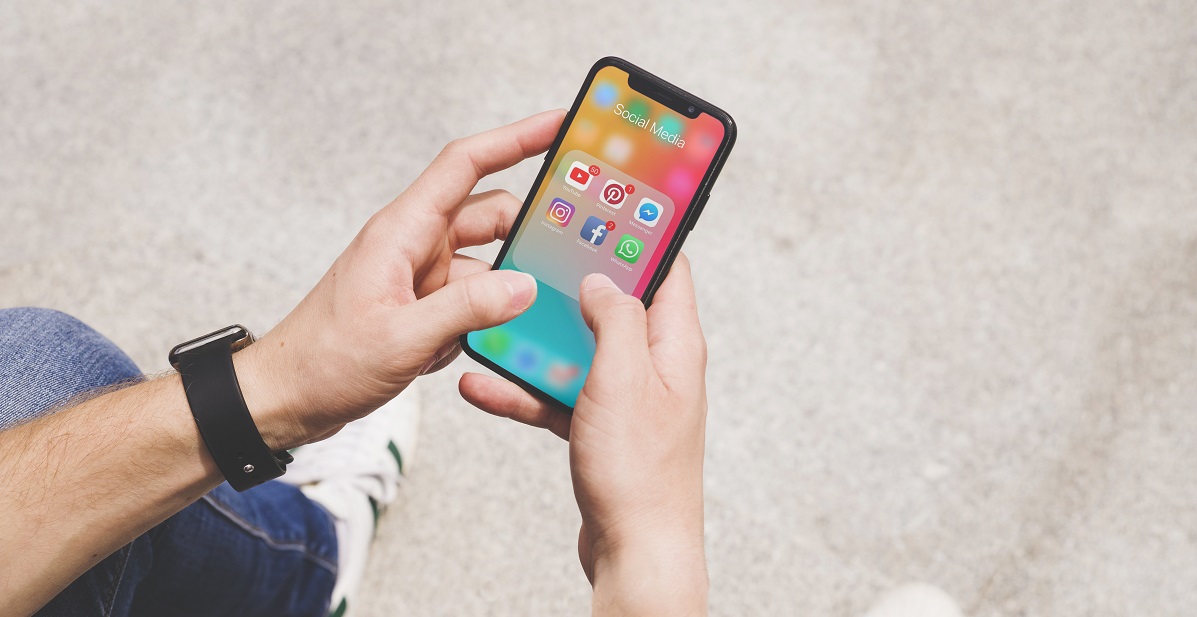 IELTS Cue Card: Describe a popular product made in your region

Why do people use imported products?

Do different places in the world have products that are only popular there?

What kinds of foods are popular globally?

Why do people living in different regions like different kinds of food?

I don’t think a lot of tangible products can be associated with London, except perhaps a handful of tacky keychains aimed at tourists, but a number of exceedingly popular intangible products, namely software is created in London.
One of these is Citymapper. It’s an app that helps people navigate public transportation in many cities. It doesn’t just help people navigate London’s expansive transportation network, but it works in several other cities too.
I’m not sure when it was first created, but it feels like it’s been around for a least a decade. It’s become as ingrained in my daily life as much as social media has.
I think there have been several other attempts at creating similar apps in the past, but none have really seemed to take off.
Before this app was released I used to use paper maps to navigate London. I’d rarely use busses because I found them a bit too confusing, and instead opted for the London Underground, which, despite its vast nature, appeared simpler to use.
You’d routinely see hordes of people crowding around the big maps at the entrances, or peering over the mini fold-out maps that were available free of charge at every station. Now this is a rarer sight, and most of the time when people are plotting their route in such a way, they’re tourists who haven’t heard of Citymapper yet.
As for how it’s made, it’s created by software developers sitting in front of their computers in an office. As I’m not a software developer, I can’t really go into the specifics but I imagine they spend a lot of time learning their craft and practicing it in order to become skilled enough to create such an app.
Every time I go to a city that I can’t use this app in, I feel like I struggle a lot more than I should.

Tangible (adjective – ملموس)Something that is real and can be touched or experienced. The opposite is intangible.

Example: Drivers have seen tangible improvements in traffic because of the new road.

Example A: Only a handful of players are able to win.

Example B: The vending machine suddenly ejected a handful of coins.

Example: He gave me a tacky gift for my birthday.

Intangible (adjective – ناملموس)The opposite of tangible. It’s something that can’t be touched or measured, and it can be something that’s difficult to describe or explain.

Example: An intangible benefit of the game is everyone coming together around a common goal.

Example: The idea that you should own your house is deeply ingrained in our society.

Take off (phrasal verb – محبوب شدن)If something takes off it suddenly starts to become successful or popular.

Example: The horde of reporters waited outside her house.

Crowding around (phrasal verb – دور چیزی جمع شدن)A group of people coming together around someone or something.

Example: As soon as he appeared, reporters crowded around.

Peering over (idiom – از بالای چیزی نگاه کردن)If you peer over something, you’re looking over the top of it.

Example: We peered over the fence when we heard the neighbors start fighting.

Free of charge (adverb – مجانی)If something is free of charge, you don’t have to pay for it.

Example: The classes are offered free of charge.

Why do people use imported products?

I think a lot of people use imported products without even realizing. Many products are manufactured in other countries and shipped all across the world. It’s common to see a label on a product that says it was made in another country, for example Mexico or China.
In other cases, people may want to buy something just because it was made in a particular country, for example, Switzerland in the case of cheese, or Belgium in the case of chocolate. These are relatively unique products that have unique characteristics, such as a distinct flavor.
Sometimes the reason is nostalgia. They buy a particular kind of candy from a country they lived in, just because they miss the country so much. This is something I sometimes do every now and again. I order a specific brand of chocolates that I love. I have to get them shipped from the United States and it can take about a week or so for delivery, but it’s well worth it.
I suppose it’s possible that price could also be a factor. In some countries, electronics are vastly cheaper and it’s not unheard of for people to ask friends to pick up an iPhone or two if they’re in Tokyo or Los Angeles because they may end up getting a hefty discount.

Nostalgia (noun – نستالژی)The feeling of happiness and also a slight sadness when you think about things that happened in the past. It’s often mixed with the feeling that you’d like to go back to that time.

Example: Some people have nostalgia for their schooldays.

Worth it (adjective – ارزشش را داشتن)If something is worth it, it’s worth the cost or work involved to attain it. The benefits will outweigh the costs.

Example: Getting up early to jog is tough but worth it.

Unheard of (adjective – نشنیده/ عجیب و غریب)Something that is unheard of is very unusual or has never happened before.

Example: It used to be unheard of for a couple to live together without being married.

Pick up (phrasal verb – چیزی خریدن)This phrasal verb has many meanings, but in this case it means to buy something.

Example: There’s a market in the city where you can pick up anything you want.

Example: He got a hefty bonus at work.

Do different places in the world have products that are only popular there?

I suppose so, although I think this is becoming less and less common with globalization.One that readily comes to mind is fish and chips. Not many people outside of the United Kingdom like to eat greasy fried fish with thick-cut potato wedges, but they still remain relatively popular despite how unhealthy the dish is.
In many cases, the spread of culture through traditional media and the internet has exposed people to products that were once only known in a particular region.
Fashion and differing cultural tastes will mean that some products will never find popularity in other regions. For example, while saris are apparently still quite popular in India — and will remain so for the foreseeable future — they aren’t likely to gain a foothold outside of India because they would be perceived as unfashionable elsewhere.

Globalization (noun – جهانی شدن)The idea that the world is developing a single economy and culture as a result of improved technology and communications, as well as the influence of very large multinational corporations.

Comes to mind (phrase – به ذهن رسیدن)If you suddenly remember something or start to think about it, it is said to come to mind.

Example: They asked for my comments, but nothing came to mind.

Foothold (noun – جایگاه)An initial or stable position from which you can progress, improve your status, or become more successful. It’s linked to the place where you can put your foot to support yourself if you were rock climbing.

Example: They have managed to gain a foothold in the South American market.

What kinds of foods are popular globally?

Pizza and fast food, for sure. It’s just as common to order a cheeseburger in Sydney as it is in Prague, and I’d struggle to think of a part of the world where pizzas aren’t popular.
I think this is in part due to globalization. Fast food chains try to open up restaurants in other parts of the world, and this can influence the kinds of foods that become popular.
I think the other reason is the media. I think pizzas have become so immensely popular because of American television and movies. There are often scenes that feature the characters ordering a pizza, and so it’s caught on in other parts of the world.

Example: I will call you tomorrow for sure.

In part (idiom – بخشی)It means partly but not entirely.

Example: My decision to resign was in part due to my manager.

Chain (noun – زنجیره)A chain is a set of connected or related things.

Example: She has built up a chain of 180 bookshops across the country.

Example: She opened up several new shops in the city last year.

Caught on (phrasal verb – محبوب شدن)If something catches on it becomes popular, widespread, or fashionable.

Example: That sports drink has really started to catch on with my students.

Why do people living in different regions like different kinds of food?

I think it largely comes down to what they grew up with. The kinds of things we like are largely shaped by what we were exposed to as a child. Someone from China is going to enjoy different flavors and textures than someone from Brazil, for example.
I think also it comes down to the kinds of foods that are available locally. While it’s increasingly possible to buy produce from all parts of the world, it’s sometimes quite difficult or expensive. The weather is likely to play a role as some crops will only grow in tropical climates. People from these regions are more likely to use them as ingredients in their local dishes, and so because of familiarity and availability, a particular kind of food will only be popular there.
People living near coastal regions may prefer to eat fish because of its freshness, whereas someone living in a more inland area far away from the sea may be wary of the fish that’s available there. They may think it’s not fresh or not safe to eat. I witnessed this firsthand when I was in Colorado, a place that’s thousands of kilometers away from the ocean. It was relatively rare for someone to want to eat seafood there, but in a coastal city like Boston, seafood was all the rage.

Comes down to (phrasal verb – به چیزی بستگی داشتن)If a situation or decision comes down to something, that is the thing that influences it the most.

Example: It call comes down to money in the end.

Grew up (phrasal verb – بزرگ شدن و رشد کردن)To change from being a baby or young child to being an older child or adult.

Example: We know for a fact that you played a role in hiding your company’s losses from its investors.

Wary (adjective – محتاط بودن)If you’re wary of something, you’re not completely certain or don’t completely trust it. You can be wary of things as well as people.

Example: I’m a little wary about giving people my address when I don’t know them very well.

Example: Most of the older reporters have experienced war firsthand.

Example: Internet shopping is now all the rage.